Long before she became the mayor's No. 1 adviser, Chirlane McCray was a poet 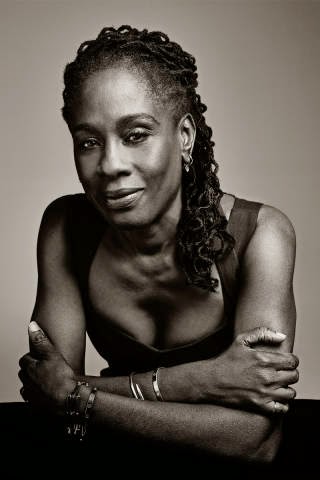 Looking through the table of of contents of Home Girls: A Black Feminist Anthology, it's fascinating to see among names such as Toi Derricotte, Alexis De Veaux, Barbara Smith, Michelle Cliff, and many others, the name Chirlane McCray. These days, she's far more known as the first lady of New York City, the wife of Bill de Blasio. But back then, she was making at least an aspect of her politics known via her poem "I Used to Think."

Her poem is about why she felt she couldn't be a poet as well as struggles with body image and ideas of beauty. She didn't think she could write poetry because:


I've spent my life as a Black girl
a nappy-headed, no-haired,
fat-lipped,
big-bottomed Black girl
and the poem will surely come out wrong
like me.

McCray's poem received considerable attention in October 2013 when de Blasio noted in an interview "that poem really is one of the things that made me fall in love with her.”

During the late 1960s and early 1970s, several poets, including Amiri Baraka, Sonia Sanchez, and Carolyn Rodgers wrote poems about what poems and poets could and couldn't do. McCray's poem follows in that mode of writing. Like many of her black poet predecessors and contemporaries at the time, she wondered about the possibility of being a poet in the very context of a poem.

One of the important legacies of the Black Arts Movement was the proposition that poets could and should engage in political activism. As leading black arts poet Larry Neal memorably wrote, "the artist and political activist are one."