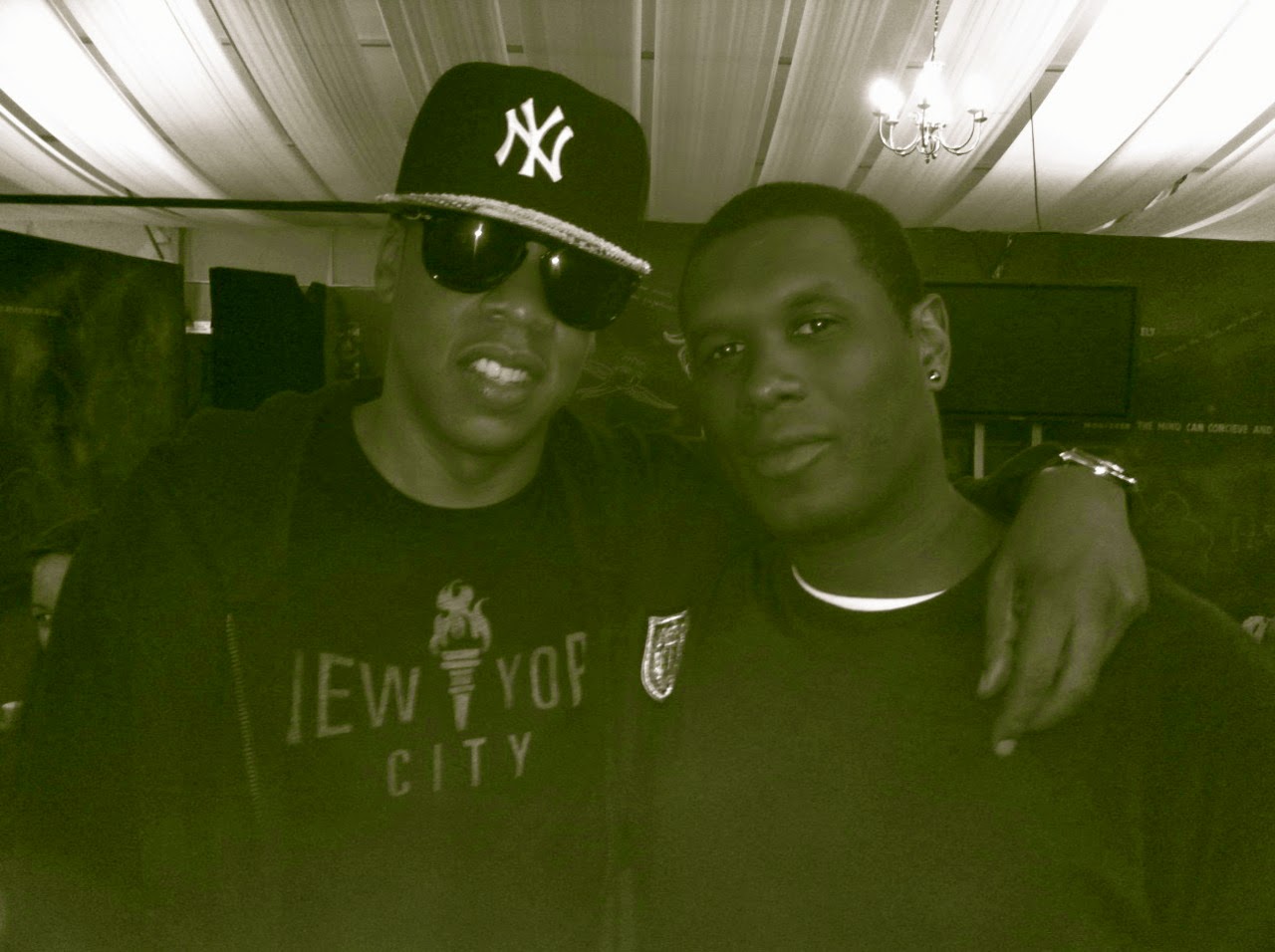 So this new "We Made It" remix by Jay Electronica and Jay Z caught me off guard. Notably, these guys tap into a lot of that black conscious talk, the kind you don't hear in rap as much these days.  Actually, I've noted before that Jay Elect been on that for a second, but since we ain't heard from him in a while, the track was refreshing.

For Jay Z, I was surprised only because even though he does that conscious talk in bits and piece, it's not so typical. Not surprisingly, in the coverage of their song out there, you see almost no acknowledgement of the "black pride" talk that permeates the tune. Mostly, the commentators mention Jay Z's subtle critique of (signifying on) Drake who was quoted as saying Jay Z talks too frequently about art. "Sorry Mrs. Drizzy for so much art talk," says Jay in a clear response in this song. "Silly me rappin' 'bout shit that I really bought." It's worth noting that Jay Elect and Jay Z's "We Made It" is a remix of Soulja Boy and Drake's "We Made It."

For me, what stands out though is how much of the song lyrics speak directly to a U.S. black audience about slavery and what it means that we have worked to overcome. Jay Elect opens noting that "the devils" and others have labeled him. "But they can't relate to our struggle, my nigga, we came up from slavery." He goes on to make several other references to slavery and struggles for liberation, and he links black bloodlines from "Solomon to Sambo to Django," thus referencing highs to lows to possible highs in a longstanding struggle.

As usual, Jay Elect repeatedly presents coded histories concerning the Nation of Islam (NOI). For instance, at one point, he raps "I'm the Farrakhan of rap, and I get it from the wheel / The son of WD, who hung around in the D." Here, he is referring to NOI leader Minister Louis Farrakhan, and "the wheel" relates to a large, powerful mechanical object in the sky inhabited by past NOI leaders who pass on vital information. The "WD" refers to Wallace D. Fard Muhammad, who established the Nation in Detroit.

Much of Jay Elect's verse focuses on the "lost" or concealed histories of black people, and he infuses NOI and Five Percent ideology. Whereas Jay Z does not go as far, he does elevate his mentions of distinct black histories, starting with the opening line of his first, where he goes ""Hop off the slave ship / Poppin' my chain."

He's using dula wordplay, talking about "poppin" his chain as in the  prevalent gold chains of hip hop discourse and at the same time those chains that retrained black bodies on slave ships he mentioned. Later, he raps


Y'all hella jealous of my melatonin
I could black out at any given moment
I'm God, G is the seventh letter made
So when my arms & feet shackled I still get paid.

Here, he's slyly pointing out that non-black people (Y'all) envy his skin pigmentation or melanin, which he signals with "melatonin." Or, in a direct way, he could be referring to the hormone "melatonin."  He quotes a line from Rakim, a prominent Five-Percenter, when he raps "I'm God, G is the seventh letter made." Jay Z returns again to a slavery allusion with the mention of being shackled. Finally, later in his verse, he playfully extends a familiar black pride idea that African Americans are the descendants of royalty by rapping that "My bloodline's crazy / Kings and queens and Michael Jordan rings."

Now, I'm not naive enough to think a single song elevates Jay Z or any one rapper to some pantheon of black conscious thinkers. But really, to the extent that both Jay Z and Jay Elect draw many of their lines familiar black consciousness ideas and rhetoric, the credit actually belongs to those underground ghost curriculums that give rise to and sustain such knowledge.

I wondered if Jay Z was more likely to engage that kind of discourse because he was collaborating with Jay Elect who is deeply immersed in those ideas. Whatever the case, it's fascinating to see aspects of black consciousness circulating along popular airwaves like this.
Posted by H. Rambsy at 5:50 PM