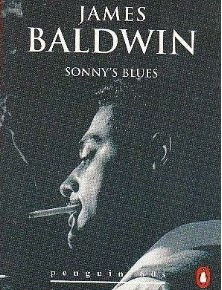 From around 1960-1972, many anthologies included excerpts from Baldwin’s Go Tell it on the Mountain (1953). In 1965, Baldwin released Going to Meet the Man, an 8-piece short story collection. “Sonny’s Blues” was reprinted and included in this collection.

During the mid-1960s to early 1970s, anthologies started to frequently include Baldwin. In the mid-1960s, other short stories by Baldwin such as “Going to Meet the Man,” “The Outing,” and “This Morning, This Evening, So Soon” were included in anthologies. The inclusion of these stories, however, still pales in comparison to the frequent inclusion of “Sonny’s Blues.”

Despite Baldwin’s wide body of work ranging from novels, essays, and short stories, anthologists tend to represent most of his literary legacy by a single short story. More attention to the publication trends related to black short stories may reveal the role editors play in shaping the view of literary texts by black writers that gain exposure.

Related:
• A notebook on short stories by black writers
Posted by H. Rambsy at 4:09 PM