Notes on the Lewis Gordon talk 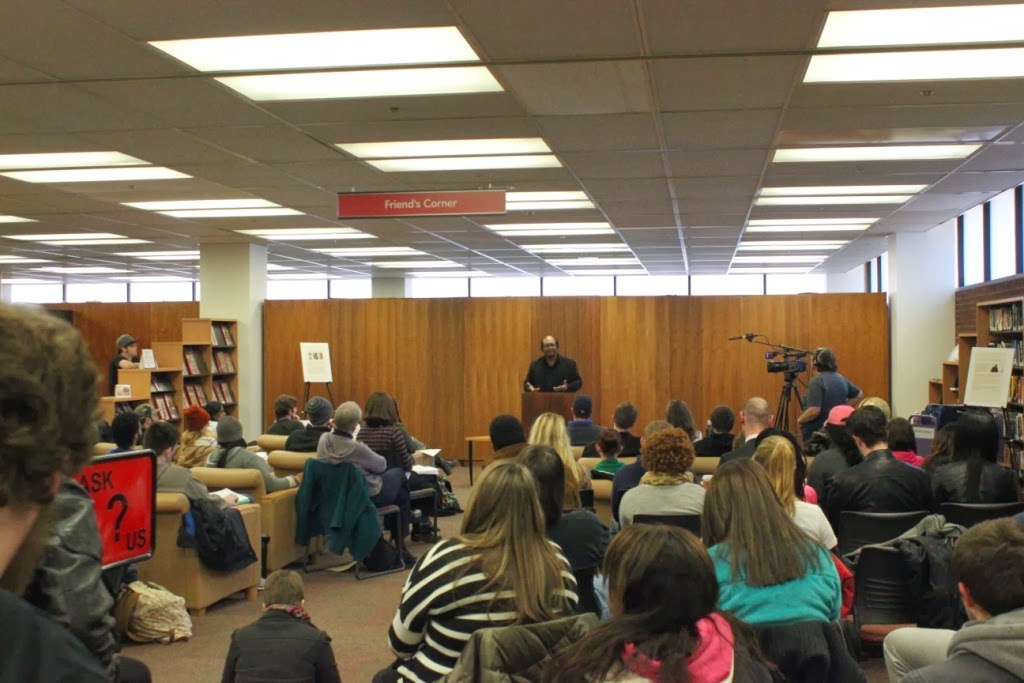 Lewis Gordon's talk on February 26 at Lovejoy Library was one of the great intellectual events that I've witnessed during my 10 years here at SIUE. There seemed to be a convergence of circumstances and developments that made the event such a successful moment. A combination of factors -- the prominence of the speaker and his delivery style, the location, the collaborative efforts of organizers, the student turnout, and the level of enthusiasm -- contributed to the nature of the event.

The speaker. Professor Gordon is clearly an experienced lecturer, and displayed a capacity to talk through philosophical ideas in such a smooth, fluid way that he kept listeners thoroughly engaged throughout his talk. The recurring comment from people is that he made philosophy accessible. And fun.

The location. The rooms in the Morris University Student Center were overbooked for the times that we wanted to host the event. But perhaps that was a blessing in disguise.We filled the Friend's Corner of Lovejoy Library to capacity. It was tight, but the space really worked. In retrospect, I feel even better about hosting a premier philosopher in our library, a library named after an abolitionist no less, as opposed to a nondescript conference room.

The enthusiasm. Many students completed our feedback forms and noted their enthusiasm about the talk. Several students approached me later and told me how much they enjoyed it. The high level of interest already has me wondering about how we can extend this kind of activity.

It was a rare moment to see so many people converge for a scholarly presentation in the library. Who would have thought that a talk rooted to Africana philosophy would draw so much interest?

Related:
• Notebook on Lewis Gordon
Posted by H. Rambsy at 7:19 AM