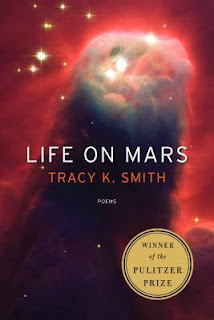 In a recent piece in the New York Times on literary awards, Jennifer Szalai explained that "A literary prize can act as a kind of megablurb, one that blares, 'If you read only one book this year, you’d better make it this one!'"

Given how difficult it is for volumes of poetry to gain widespread notice and recognition, the attention a prestigious award can bring is especially consequential. The conventional blurbs on the backs of books are nothing compared to the function of a megablurb made possible by winning the National Book Award or the Pulitzer for poetry.

Awards and prizes have been particularly important for African American poets over the last 10 to 15 years. Natasha Trethewey and Tracy K. Smith would have always had support among readers; however, receiving Pulitzer prizes greatly expanded their visibility in the field of poetry. The same could be said of Terrance Hayes and Nikky Finney. Both of them had earned recognition among poets and readers, but winning the National Book Award for poetry in 2010 and 2011, respectively, made them more known among much larger audiences.

Even publishers recognize the value of awards as megablurbs. They place a seal or mention of an award on the front of a book instead of on the back where the regular blurbs go.

Poetry is a crowded field, and more importantly, fields of cultural production are increasingly so noisy. Thus, megablurbs, like those made possible by prestigious awards, are -- for better and worse -- crucial.