10-plus Years Earlier: From Reginald Harris's Autogeography to 10 Tongues 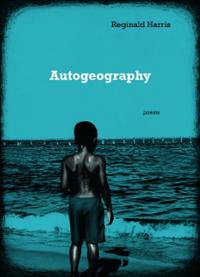 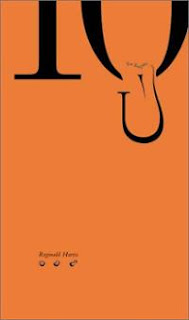 Some months ago, I picked up Reginald Harris's award-winning Autogeography (2013) when it was published. After reading it or really while reading it, I was easily convinced that I needed to get his volume 10 Tongues (2002)* as well. Cool, no problem.

Then again, that placed me in a different kind of position with reading a contemporary poet.

For some reason, as it turns out, I've read many contemporary poets in order, from their early work to their later work. Elizabeth Alexander. Allison Joseph. Nikky Finney. Adrian Matejka. Evie Shockley. Frank X. Walker. Kevin Young. All in order...for the most part. (I probably have a different story with much older poets).

So here I am reading 10 Tongues after having read Autogeography. Perhaps I was tracing...trying to trace Harris's steps trying to figure out where he had come from so to speak as a poet. The links between the volumes that caught my attention early on were his writings about family, music, love/relationships. For instance, "Song for My Father" in Autogeography and "Dad on Tenor" from 10 Tongues focus on the poet's father and on music. The latest volume in fact contains multiple echoes that seemed to have originated in the first.

Autogepgraphy does contain more poems where Harris plays with spacing and takes up more of the entire page than he does, by and large, in 10 Tongues. So in that regard, on the level of poem design, some readers might view this latest volume as more risky or experimental. Still, there are various moments in 10 Tongues that stand out to me in notable ways.

For instance, in "What I Brought to to the Family Reunion," the speaker mentions bringing along beer, food, music, a camera, "And my Lover of six years," whom he holds hands with in the family picture. That piece--about a gay black man bringing his lover to a family reunion--seems even more courageous to me when I think about the poem appearing in 2002 many years before crucial strides were made with gay marriage and equal protections and rights. And honestly, I'm not even sure if I would have had the capability to appreciate that poem in 2002 as much as I do today.

Months from now when I put up my new list of volumes of poetry published between 2000 - 2013 by year, 10 Tongues will appear ahead of Autogeography, even though it was the latest book that led me back to the early one. The list won't reveal it, but in my own mind, the order that I read Harris's two books will matter to me. In fact, my experience moving from Autogeography to 10 Tongues has me looking forward to reading early work by various other poets.

Related:
• Some volumes of poetry published in 2013
• Reginald Harris, Autogeography, and playing across the page
Posted by H. Rambsy at 8:41 AM