Interpretation through Illustration: "A Song in the Front Yard" by Gwendolyn Brooks 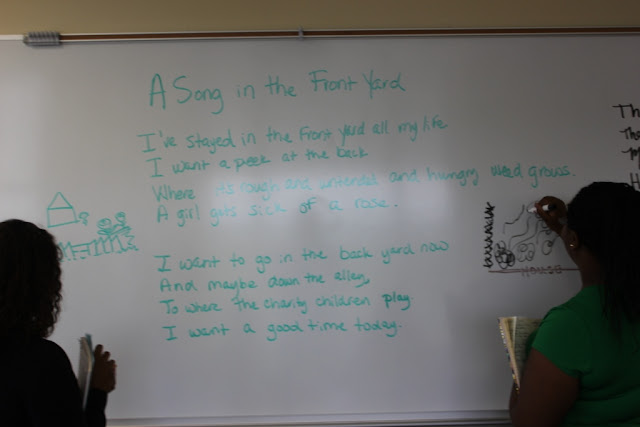 We often talk about imagery in poetry, but rarely do we take the next step encouraged by a couple of students, Courtnee Fenner of Dillard University and Laruen Barnes from Pennsylvania State. Yesterday in a discussion of "a song in the front yard" by Gwendolyn Brooks, Courtnee mentioned that she drew sketches of a front and back yard when she first encountered the poem.

So, her peers were then prompted to draw sketches of the yards the speaker in Brooks's poem referenced. Interpretation through illustration is how I viewed the process. After folks had drawn images, they had yet another place from which to think about and analyze the poem. 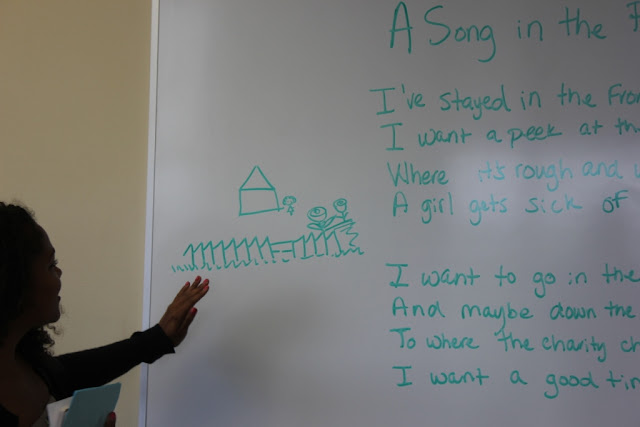 The other day, our analysis and markups of Dunbar's "We Wear the Mask" involved underlines and circles. What happens when we added even more shapes and sketches to the mix of working through a poem? That's what we were discovering as we talked about and laughed at our illustrations to accompany Brooks's poem.

I gave the students two copies of the poems we're covering, one that they might keep clean for later use and the other that they can feel free to write on, underline and circle key words, highlight phrases, and in this case, to draw sketches of the front and back yards that Brooks may have had in mind.