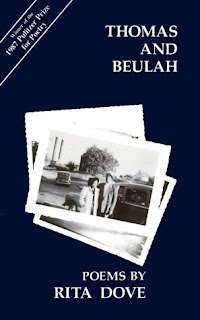 Ok, let's acknowledge that the rise of Rita Dove and Elizabeth Alexander during the late 1980s had an important effect on the then future of 1990s African American poetry. That's something everybody knows, right? Just in case, here's a quick recap.

First, Dove's volume Thomas and Beulah (1986) won the Pulitzer Prize for Poetry in 1987, making Dove the second black person to win the award after Gwendolyn Brooks received the prize in 1950.  In 1989, Dove began teaching at the University of Virgina, where she is today, and from 1993 - 1995, Dove was Poet Laureate of the United States. African American poets who were in MFA programs or fashioning literary careers for themselves during the late 1980s through the mid to late 1990s couldn't help but be aware of Dove, her work, or the wide recognition that she was receiving during that time period. 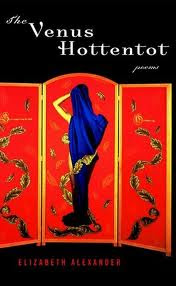 In 1989, Alexander's poem "The Venus Hottentot" appeared in Callaloo, and in 1990, her volume The Venus Hottentot was published. At the time of the book's publication, Alexander received what was and remains a rarity in the reception histories of poetry and African American poetry in particular: a review in The New York Times. The positive review in such a high-profile venue likely helped bring Alexander and her piece "The Venus Hottentot" (an extended persona poem) to the attention of broader audiences, and that matters, in retrospect, because of the contemporary prevalence of persona poems. Alexander's poem constitutes a notable blueprint for the extended series and book-length collections of persona poems that would appear over the last decade.

Dove's accomplishments during the late 1980s and 1990s paved the way for her to gain the prestige and visibility necessary to shape the careers of other poets over the years. In an interview with Malin Pereira in 2005, Alexander noted that over the years, Dove "nominates me for Pushcart Prizes, and probably does other things I don't even know about." Alexander also noted that Dove's "little sister is Natasha Trethewey," a suggestion that she too had received assistance from Dove. Trethewey's book Domestic Work, for example, was selected by Dove for the 1999 Cave Canem book prize.

When Alexander was an assistant professor at the University of Chicago in the early 1990s, she befriended a lecturer in the university's law school. Over a decade later, that lecturer turned President invited his old friend to read a poem at his inauguration.

Today, Alexander and Dove are two of our most widely known and respected poets. They had notable rises in the poetry world in the late 1980s.