That iconic profile of Eric Dolphy

Speaking of jazz artists as icons, what about that famous profile photograph of Eric Dolphy taken by Chuck Stewart? The image has been reproduced countless times and appeared on album covers featuring Dolphy. The image has also appeared on countless posters and books, and of course now, the image is quite pervasive on the net. 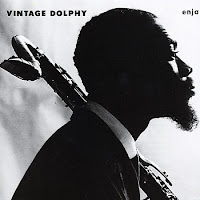 That initial Dolphy photograph was from "a session assigned by Esquire magazine" in 1964 in New York City. Many jazz fans know that Dolphy died, at age 35, in June 1964. The fact that magazines and newspapers often assigned photographers to cover jazz musicians contributed to the production of so many images of the artists in the overall discourse. 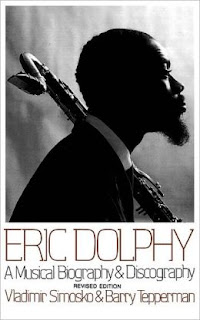 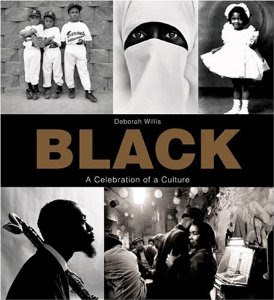 As seen here, that profile of Dolphy appears on the revised paperback edition of Vladmir Simosko and Barry Tepperman's Eric Dolphy: A Musical Biography and Discography (1996) and Deborah Willis's Black: A Celebration of Culture (2003).

And the Dolphy image has served as inspiration for renderings by various visual artists here and there, including designers of T-shirts. Stewart's photography of Dolphy is aesthetically pleasing and artistically inspiring.