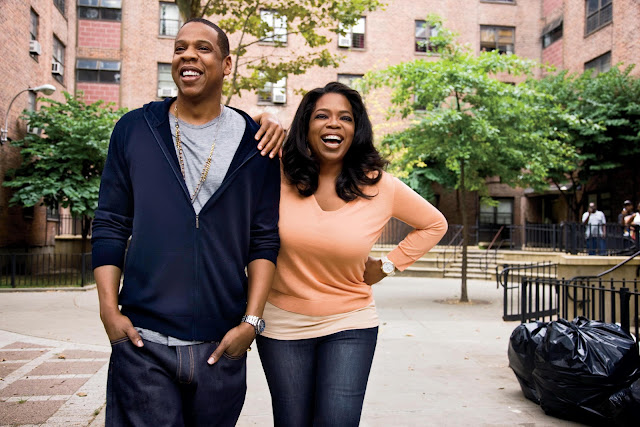 After reading the introduction of Mark Anthony Neal's Looking for Leroy, I decided to jump ahead and read the chapter on Jay-Z entitled "'My Passport Says Shawn': Toward a Hip-Hop Cosmopolitanism." Of the figures -- Gene Anthony Ray, Avery Brooks, R. Kelly, Denzel Washington, Barack Obama, Luther Vandross, and characters from The Wire -- that Neal covers in his book, I've probably followed and paid attention to Jay-Z the closest and for the longest amount of time.

I've read several profiles on Jay-Z over the years, and now I'm inclined to add Neal's piece somewhere at the top of the list. Of course, it's more than a profile, engaging academic discourse more than the journalist  pieces would, but the scope of Neal's coverage and his attention to rap lyrics, back-stories, music videos, news items, and contemporary matters related to his subject align his work with something beyond the conventional scholarly essay.

Neal makes the case that Jay-Z is increasingly cosmopolitan, a concept signaling the extent to which figures participate in global experience, or, in the words of a much noted book on the subject by Timothy Brennan, cosmopolitanism refers to being "at home in the world." Given Jay-Z's beginnings in an impoverished corner of the world, his rise as a global icon and world traveler is even more notable. Neal goes farther and notes that in addition to Jay-Z having access to the world, the world also now has access to Brooklyn, to hip hop, to aspects of black culture through Jay-Z.

Related
• A Notebook on Mark Anthony Neal's Looking for Leroy