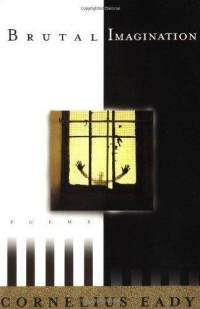 Few of the books on my poetry shelf converse as actively with each other as Cornelius Eady's Brutal Imagination (2001), Tyehimba Jess's Leadbelly (2005), and Adrian Matejka's The Big Smoke (2013). Each of the books showcase extended series of persona poems featuring famous or infamous "bad men." The three works provide a kind of intellectual, poetic treatment concerning the inner thoughts of their lead black men, and all the works, in varying ways, address dilemmas of anti-black racism.

Eady's book concentrates on the non-existent black man whom Susan Smith initially said kidnapped her children. Jess's volume focuses on the legendary ex-convict folk singer Huddie "Leadbelly" Ledbetter. And Matejka's book, which will appear in May, is about the great heavyweight boxing champion Jack Johnson.

Brutal Imagination was one of the early, influential works of the 21st century to offer an extended series of persona poems--a mode and format that became a mainstay over the last 12 years among African American poets. Eady's book was especially important and haunting for those of us who think about the struggles of black men, including troubling perceptions and false accusations. Eady gives voice to a criminal black man who haunts public imaginations even when he doesn't exist in material form.

Jess's book provides a book-length account in poems about the life and legend that was Leadbelly. Jess's volume consists entirely of persona poems, including even more pieces than Eady. Jess's book is notable too in that he takes on the voices of more than a dozen characters.

Matejka's book really speaks to those volumes by Eady and Jess. The Big Smoke consists primarily of persona poems; Matejka assumes the voice of Jack Johnson as  well as some of the people in the fight's life. At the heart of the book, we have a figure who's reviled by some and admired by others.

When those bad men in the volumes by Eady, Jess, and Matejka get together, they have much to talk about.