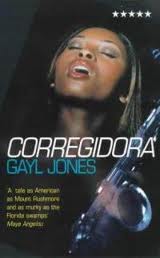 In Unclaimed Experience: Trauma, Narrative, and History, Cathy Caruth borrows Freud’s psychoanalytic theory of trauma—from Beyond the Pleasure Principle—and applies it to literature and movies. She asserts, “trauma is understood as a wound inflicted not upon the body but upon the mind,” and “that knowing and not knowing are entangled in the language of trauma and in the stories associated with it.” If scholars consider the parallel of Caruth’s observations of trauma theory and Gayl Jones’ Corregidora, we will be more equipped to understand Ursa’s continuous mental breakdown surrounding events that she is forced to share but never experience.

Caruth writes, “one’s own trauma can be tied up with the trauma of another…through the very possibility and surprise of listening to another’s wound.” If we assume Caruth is correct, it would explain how the undying request of Ursa’s gram and great-gram “to make generations”—to spread the horrors of old man Corregidora, and to adopt a belief that all men are evil—continues to haunt and manipulate her thoughts, actions, and relationships.

Ursa’s story unfolds as she revisits her marriage to Mutt Thomas, a jealous tobacco field worker who wants Ursa to stop singing once they marry “so he could support me [her].” She refuses to give up her place on stage and one evening, Mutt arrives drunk and in a struggle with Ursa, pushes her down the stairs forcing her to abort her pregnancy and have a hysterectomy, which destroys her duty as a Corregidora woman “to make generations.” If we read Caruth alongside of Corregidora, we see how the traumatic event of abortion gives agency to the stories of gram and great gram to interject in the life of Ursa.

Although Ursa bears the Corregidora name like her mother and grandmother, she is not Corregidora’s child—“the only Corregidora woman who has a different father.” She remarks, “they squeezed Corregidora into me, and I sung back in return…I am not Corregidora’s daughter. Look at me.” Ursa’s difficulty to adopt the hatred of men—via old man Corregidora’s actions—is overshadowed by her need to sing and fulfill the duty to “make generation” in order to keep the cycle of men bashing alive. It seems that through the theory of trauma Ursa would be able to speak what would otherwise be unspeakable in social contexts—the fact that her mother and grandmother were both fathered by the same man.

Caruth goes on to declare that, “the act of survival, as the experience of trauma, is the repeated confrontation with the necessity and impossibility of grasping the threat to one’s own life.” Ursa’s inability to uphold and pass down the generational curse of the Corregidora women victimizes her until she finds a way to rid herself of the family curse—her survival rests in submission to love that destroys the family lineage.