The Bluest Eye, The Brady Bunch & the 32 Million Word Gap 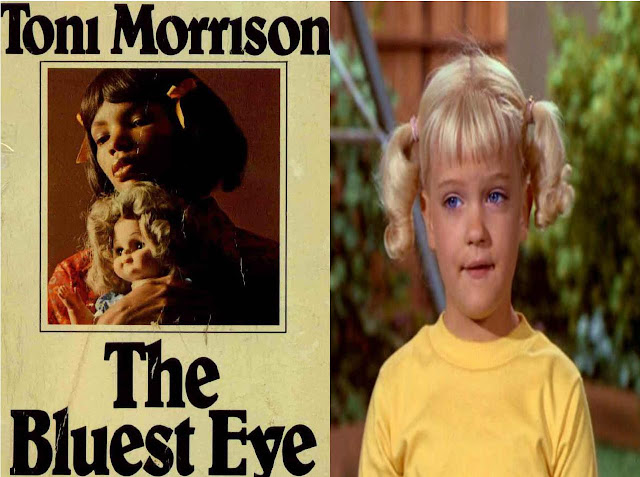 Normally when people speak of Toni Morrison’s The Bluest Eye and The Brady Bunch, it is not in the same sentence. Perhaps, if “The 32 Million Word Gap” by David Shenk is considered, a correlation between the 1969 television show and Morrison’s 1970 novel would be more noticeable.

The Brady Bunch mirrors the ideal American family, exploring contemporary issues such as self-image, importance of family, and puberty. Morrison’s The Bluest Eye also explores these issues but in black communities. Her text provides an alternate view of American life through African American experience.

Pecola Breedlove and Cindy Brady are both the same age, live with both parents and other siblings in the home and are taunted by schoolmates because of their difference—Pecola because she is ugly and Cindy because she has a lisp—but their family life sets the two apart. Pecola whose “ugliness was unique” is ostracized and has a mental breakdown at the end of the novel because she is not loved, has been “ruined” by her father, and abandoned by other people in the community. On the other hand, Cindy is treasured by her family, is dearly loved by her father, brings happiness to those around her, and receives encouragement from her family to help with the “baby talk.”

Although Morrison uses The Bluest Eye to deconstruct what is thought to be “normal” family life, her text illustrates aspects of Shenk’s argument. Shenk writes, “children in professionals’ homes were exposed to an average of more than fifteen hundred more spoken words per hour than children in welfare homes. Over one year, that amounted to a difference of nearly 8 million words, which by age four, amounted to a total of 32 million words.”

If Shenk’s observations is taken into consideration, we will be more equipped to examine how the role of a functional family conversation has the ability to shape a child’s life early on. Pecola Breedlove—whose family refuses to breed love—is rarely spoken to and when they do speak to her she is called a “crazy fool” or “ugly.” However, Cindy Brady receives compliments daily, reassured that she is “a perfect little angel” and often spoken to as a mature child. The Bluest Eye and The Brady Bunch can be used to measure the effects of the gap in “The 32 Million Words Gap.”

********
Briana Whiteside is a graduate student in English at SIUE and a contributing writer for the Black Studies Program.
Posted by H. Rambsy at 10:38 AM