"My dad took me to see Star Wars, and it's not just the first movie I remember, it's my first memory." --Aaron McGruder

The June 3, 2002, Special Civil Liberties issue of  The Nation features Huey Freeman from Aaron McGruder's The Boondocks as a Jedi Knight. George W. Bush is cast as the Emperor, Bin Laden as another Dark Side antagonist, and the FBI as Imperial Stormtroopers. Among other issues, the image confirms McGruder's long-time interest in Star Wars. 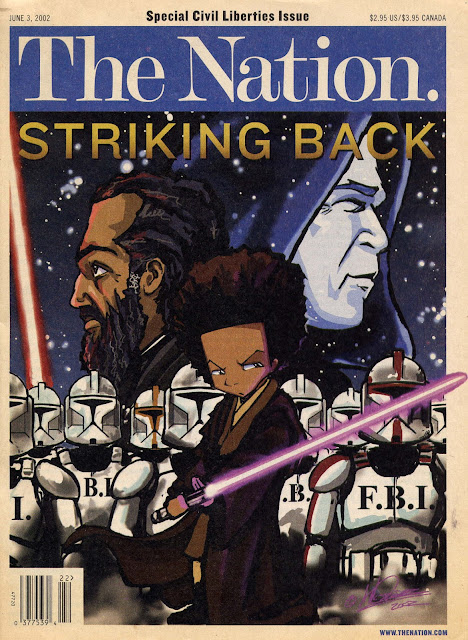