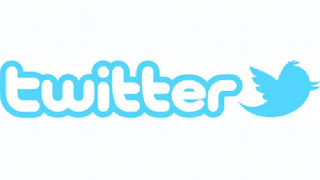 For nearly two years now, I've produced an average of 5 blog entries per week focusing on African American poetry. In some months, like September 2011 and September 2012, I produced at least one entry each day for 30 days. Over the last few months, I've slowed down just a bit, as I devoted more time to editing, posting about other genres, and working on my analog writing. In the meantime, it's worth pausing here for just a second and explaining how two folks on twitter -- one a sociologist and the other a poet & editor -- inspired me to blog more.

When I began my blog back in 2008, I blogged only occasionally about poetry. There needed to be a major event, or our black studies program was introducing a new activity. Aside from that, my posts were fairly infrequent. I had many ideas and had been studying African American poetry, especially the black arts era, for nearly 10 years, but doubted there was really an audience for poetry commentary.

Early in 2011, I became slightly more active on twitter and decided to post a few of my blog entries on the site. As it turned out, the initial and most consistent retweets came from Alondra Nelson, a good friend who first encouraged me to think about links between race and technology. Then, Don Share, an editor for Poetry magazine, began to retweet some of my posts.

That encouragement from Nelson and Share was just the nudge I needed to write, blog, and post more. From 2008 - 2010, prior to the retweets from Nelson and Share, I published 23 entries on poetry.  By the end of July 2011, not a full 6 months into my developing practice of blogging regularly about poetry and posting the entries on twitter, I had already produced 100 entries.

The major lesson I gained was not simply about the value of twitter and blogging or even writing about poetry. Instead, what Nelson and Share really clarified for me was the high value of early support. They've led me to consider how early support might matter in the collegiate experience of my students as well as for the careers of experienced authors and scholars such as bell hooks and Henry Louis Gates, Jr.

In my own experience, early support from Alondra Nelson and Don Share helped transform an occasional poetry blogger into an active one.

Related:
• Digital Humanities at CLA 2013
• How James Neal and my interest in DH prompted me to sign on to twitter
• One way blogging has shifted my engagements with poetry
Posted by H. Rambsy at 10:43 AM