The scary presence of rap in an African American poetry course 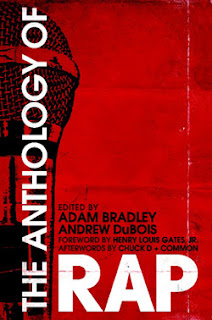 I've reached that point in my black poetry and folklore course where we discuss rap music. During the first half of the semester, we devoted extended time to discussing "bad men" figures such as John de Conqueror, Stagolee, and Shine as well as those bad women who emerged in works by Nikki Giovanni and Margaret Walker. I tried not to say too much about the fact that rappers have utilized bad man and woman figures to dramatic effect for fear that discussions about rap and rappers would have overshadowed our conversations about poetry.

Nonetheless, in the first sets of papers, students frequently referenced rap music as they sought ways to develop their ideas about African American folklore. Students came to my class with limited knowledge about African American poetry. Rap, on the other hand, was a discourse that they knew more about, and many held strong opinions about various performers. For the several students from Chicago in my course, Chief Keef's representations of black men matter more than Gwendolyn Brooks's, and it also mattered to them that I, a college professor, even knew of Keef.

Moving forward, I'm fearful and at the same time intrigued that a number of the students will become dismissive about formal African American poetry when given the choice to study or write about rappers. As a literature professor and active member of discourses related to American and African American poetry, I advocate for a commitment to those fields. At the same time, I'm also aware that those fields--even the black ones--have not always been attentive to the needs and intellectual interests of people like the students in my courses.

For the most part, much of the American and African American poetry that my students encounter seems slow-paced and timid, at least from a performance perspective, in comparison to the raps we'll study. There are exceptions of course like Amiri Baraka, jessica Care moore, Tracie Morris, and Saul Williams. But even those figures seem to align themselves more with folk and popular qualities of rap music as opposed to the kind of poetry folks tend to see in most literature courses.

Once students listen to Rakim, Nas, Lauryn Hill, and Jay-Z in class and those figures are added to the list of potential paper topics, it's unlikely that many of my folks will choose to write about the other "formal" poets on the list, unless they are trying to be "different." In addition, some of the fears that students had about speaking up in class will fade away when we discuss hip hop. Overall, rap is a scary and empowering possibility in a black poetry course.

Related:  A Notebook on Fear of Language