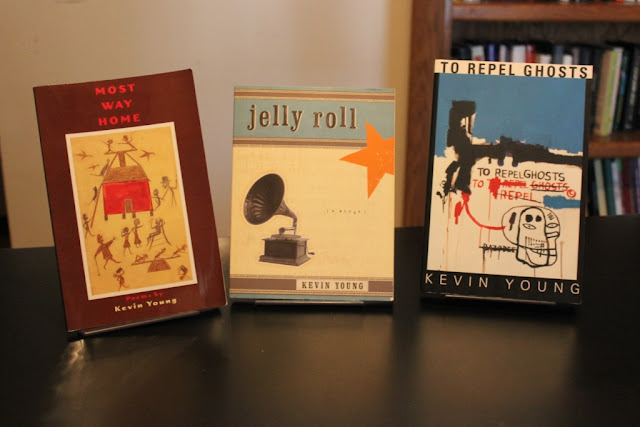 More than any of the dozens of poets that I read on the regular, Kevin Young is the most likely to use the ampersand, you know, that logogram "&" representing the word "and." Ampersands, in fact, are one of the subtle, signature features of Young's poetry. As early as his first volume of poetry Most Way Home, Young was using ampersands, and he has increasingly used the sign in his poems over the years.

Not all readers have responded favorably to his use of the symbol. In a December 2009 letter to the Editor of Poetry magazine, Don Jones complimented Young's poem "The Mission," but questioned the use of the ampersand in the poem: "It adds nothing and, amid the gentle power of Young’s lines, is irritating." Young responded that "I’ve used ampersands for some time—not always, but often. I suppose the reason in part has to do with speech and its everyday abbreviations and linkages—not to mention I think ampersands look good."

In a March 2010 letter to the Editor, Kathy Fitzgerald expressed dissatisfaction with Young's response: "Ampersands make 'and' a star performer instead of the quiet, serviceable connector it is meant to be." She goes on to note that "If the point of your poetry is to call attention to the writer instead of the words, keep those ampersands and Dickinsonian dashes coming. But aside from counting the offending diacriticals, I won’t be reading you for any meaning at all, not even your portentous &s." The Dickinson comment was a reference to Young's frequent use of dashes as well.

Related: A Notebook on the work of Kevin Young
Posted by H. Rambsy at 11:43 AM