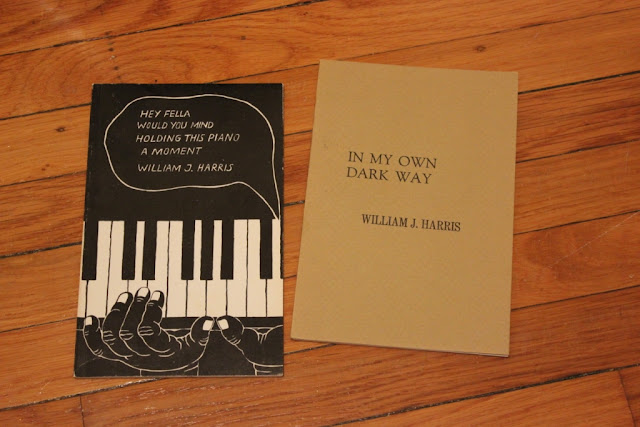 Some years ago when I was teaching even more persona poems in my courses, I often shared William J. Harris's three-part poem "Modern Romance" with my students. The poem appears in his collection In My Own Dark Way (1977), and presents the perspectives of a wife, a husband, and Doris, the "domestic robot."

In the first part, we hear from Annie, the wife, who notes that "the reason / we got rid / of the robot / was / she was an / absolute slut." According to Annie, Doris often tried to tempt her husband, Mortimor. In part two, Mortimor explains that the robot was misunderstood: "Intelligent yet submissive / Sexy but didn't mind housework." His wife was so upset that he decided to take her on a trip to the Grand Canyon.

In the final section, we hear from the robot who expresses her excitement about the "happiest day of / my life & a true / advancement for / my people," as she marries Mortimor. She compliments her husband on his strength as he endures public opinion concerning his decision to remarry so soon after "his wife accidentally / fell to her death / from a great height / in Arizona." Apparently, Mortimor had murdered his wife to be with Doris, the robot.

A number of the students were always interested in the idea that we were reading a poem about and partly from the first-person perspective of a robot. The idea of a talking robot was more interesting to many of the students than the poem's likely murder.

Related: William J. Harris's Hey Fella Would You Mind Holding This Piano a Moment
Posted by H. Rambsy at 8:33 PM