Rita Dove and the fear of poems that aren't black enough 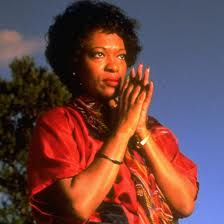 In a 2005 interview with Elizabeth Alexander, Rita Dove discussed a reason that she was initially fearful about submitting her work for publication. "I wrote poems," said Dove, "but I did not try to publish for several years, because I was afraid I was going to be told my writing wasn't 'black' enough."  She was entranced "by the in-your-face-ness of it, the music of it, the way the Black Arts movement insisted on saying it LOUD."

At the same time though, she "wanted to write about growing up middle-class in the Midwest." The nature of 1960s and 1970s African American poetry was intimidating, for Dove "didn't feel confident enough to send my work out." Perhaps, the blackness of some black poetry created the sense that some other black poetry was less black, or not black enough.

Those familiar with Dove's extensive publishing record and her many professional accomplishments might find her initial fears confusing or surprising. Then again, there are likely all kinds of factors that induce fear when it comes to publishing one's work. Further, witnessing the publication of one variety of poems can create worries, especially for unpublished writers, about whether there's room for other kinds of poetry.

Apparently, Dove eventually overcame those fears about her writings not being black enough, or at least she published poems despite those initial concerns. She earned a Pulitzer Prize for poetry in 1987 for her volume Thomas and Beulah and served as U.S. Poet Laureate from 1993 - 1995. And most notably, her work inspired several other emerging young poets, including Natasha Trethewey, Tracy K. Smith, and Kevin Young.

Dove's success and influence have been wide enough at this point that some up and coming unpublished African American poets who write differently might worry about whether their writings are in fact too "loud" and militant in comparison to the tones of the more accepted and award-winning standards. The idea of the nature of blackness in poetry is so powerful that fears will continually emerge, among some poets at least, about whether their writings will be viewed as too black or not black enough.

Related: A Notebook on Fear of Language
Posted by H. Rambsy at 9:37 AM