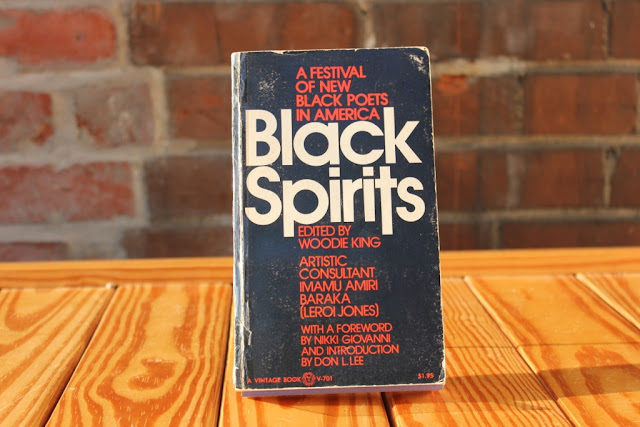 This anthology Black Spirits: A Festival of New Black Poets in America (1972) edited by Woodie King gives a sense of the appeal of three of the black arts era's most notable poets--Amiri Baraka, Nikki Giovanni, and Haki Madhubuti (formerly Don L. Lee). The cover of King's anthology prominently displays the names and involvement of the three poets; the placement of their names on the cover signifies and contributes to their value and visibility as leading artists of the time period. Despite various artistic approaches of the writers, their appearance together on the cover projected a collaborative spirit among the figures and signaled that they were involved in a common enterprise.