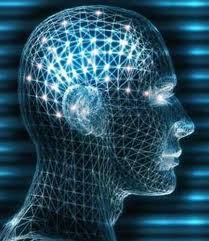 I won't use this time to weigh in on the debate about whether Marvin Wilson should have been executed. For me, his death is now the issue. His life was considered ungreiveable. In the wake of his death, we are now tasked with the responsibility of trying to ensure that this does not happen to anyone else. Here's part of my contribution.

The issue at stake with regard to disability is the brouhaha surrounding the IQ test. Wilson took several IQ tests during the course of his life with scores ranging from 61 to 75. The distinction there is not wide-ranging, but rather demonstrates the normal fluctuation between different kinds of tests. The evidence leveraged against his IQ test was the shrewd and calculated criminal dealings for which he had been convicted.

To my mind, the discrepancy between the IQ and the narrative demonstrates the socially constructed nature of disability. Wilson may have been impaired in terms of his ability to read certain kinds of logic or understand a portion of the wide range of skills that an IQ test evaluates. What disabled him was the way that IQ test was allowed to determine his schooling and opportunities between the first test (at a young age) in the final test (at his trial).

In short, his impairment was about the possible limitations of his capacity or skills. His disability was manufactured at the hands of those who allowed that test to dictate his options in life. Disability is a social construction with clear material consequences.

Wilson, like so many others before him (Junius Wilson, Paul Robeson), lived and died at the interstices and the margins of blackness, masculinity, and disability. We have two competing discourses about him. He is at once incapable of thought and nearly bestial in his criminal activity; yet he is simultaneously a shrewd, manipulative criminal mastermind. What I hope we notice and fight against are the ways that these dual versions of Mr. Wilson are not at all at odds with each other. They connive to create a picture of someone whose life becomes unworthy of grieving.

As we move forward, I suggest that we grieve him by having a healthy skepticism about tests, avoiding the kind of narrow-mindedness necessitated by numbers crunching. We need to imagine new ways of working with children and adults to find and cultivate their talents such that they would have more alternatives than an underground economy. As poet Black Ice has asked, “What’s a young boy to do when he doesn’t want to do wrong but there’s a lock on the right door?”

Related:
• Outliers and Out Right Lies; or How We “Do” Black Disability Studies
• When & Where We Enter: Black Studies Scholars & (Cap)Ability
• My Body is Your Problem (Not Mine)

******
Therí A. Pickens is an assistant professor of English at Bates College, where she teaches courses on Arab American and African American literature. Her research focuses on physicality and the role of the material body in constructing social and political critique.