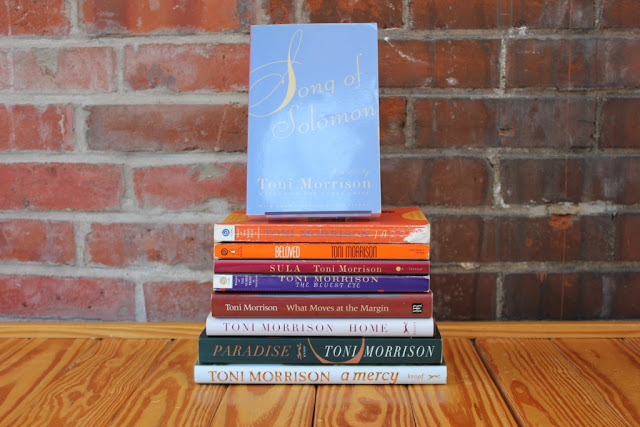 In what would become a key moment in her professional career, Toni Morrison received a tremendous show of support from a large group of black writers and literary critics. On January 24, 1988, the New York Times published a letter attributed to 48 black writers and critics expressing frustration that Morrison had not yet received a major award from the apparent literary establishment. The writers included Maya Angelou, Houston Baker, Amiri Baraka, Jayne Cortez, Angela Davis, Henry Louis Gates, Jr., June Jordan, Eleanor Traylor, Quincy Troupe, Alice Walker, Mary Helen Washington, Eugene B. Redmond, and 36 other writers and critics.

At one point, their letter states:


Later that year, Morrison received the Pulitzer Prize for her novel Beloved. In 1993, she received the Nobel Prize for Literature. Despite popular beliefs, Morrison has not been widely acknowledged simply because she writes good novels. Instead, her powerful novels also required that she receive serious (black) support as she did when those 48 black writers and critics submitted that letter to the Times in a year when one of her novels was in the running for a major award.

In some respects, we have regularly overlooked the defining roles that black writers and critics have played in ensuring that Morrison and other African American literary artists received substantial recognition. Not surprisingly, a large number of the writers/critics who contributed to the letter in support of Morrison were associated with the Black Arts Movement--an enterprise and era that saw artists actively challenging the neglect of black people in the arts and the larger society.

These days, it's almost taken for granted that Morrison is widely recognized. The admiration she receives today; however, can be routed to the support she received in 1988 from those fierce 48 black writers and critics.

Related:
• A Notebook on the Black Arts Era
Posted by H. Rambsy at 1:26 PM