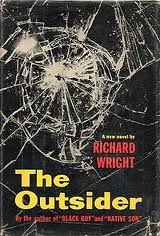 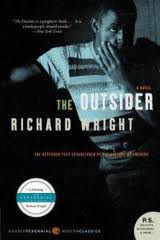 Most university libraries have works by Richard Wright, especially his most critically books Native Son (1940) and Black Boy (1945). In fact, it's not unusual to find first editions of Wright's works at college libraries since his books were acquired by the institutions so many years ago. But what about the newer editions of Wright's many works; how many libraries bother acquiring those?

Lovejoy Library now has multiple editions of Wright's books -- the well known works and the less popular ones -- in large part because our humanities librarian Julie Hansen sought to make sure the library was up-to-date on the newer editions. It's possible for SIUE students to check out older editions as well as new versions with recent introductions and fresh book covers.

In the early 1990s, unexpurgated editions of Wright's works were published. For the first time, the first and second half of Wright's autobiography Black Boy was released as a single book. Previously excluded passages from Native Son were restored, and books that were out of print were republished. During the last few years, the newer editions were republished again, this time with new covers.

I'm excited that new generations of readers will have access to Wright's works. Given my interest in publishing histories, I'm also pleased that our library has these various editions of the books.