What if Obama's Trayvon Statement was a Poem? 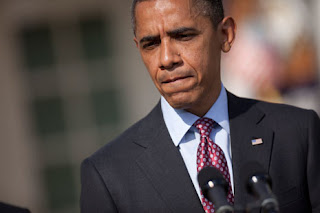 What if, instead of Obama delivering his comments out loud concerning Trayvon Martin, the President had decided to release his brief remarks in a written statement? And what if he included line breaks so that his words appeared as verse:


If I had a son
he'd look like Trayvon

Seeing his words that way would have highlighted and clarified the already poetic or at least literary nature of the statement. Folks would have picked up on the two 5-syllable lines, the simile (like), the alliteration (look like), and the rhyme (son / Trayvon).

He could have included more line breaks stretching the poem out a little more:


If
I had
a son
he'd
look like
Trayvon

In that configuration, the "If" of Obama's statement and thus his interest in speculation would be even more pronounced. Accordingly, Obama's statement would remind some readers of Langston Hughes's poem "If-ing," where the speaker imagines several scenarios and closes by noting that "just by if-ing / I have a good time!"

Perhaps my own interest in examining verse within and beyond the world of poetry inclined me to see the poetry of the President's statement.

Related:
• A Notebook on the Trayvon Martin Case
Posted by H. Rambsy at 9:22 AM