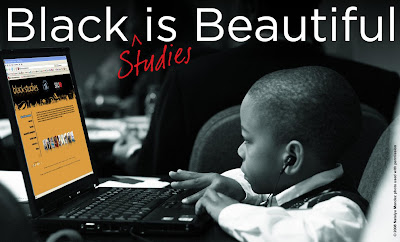 In the late 1990s, scholar Alondra Nelson organized a listserv discussion group to concentrate on the intersections between race and technology. She called the project “afrofuturism” and encouraged large numbers of artists, scholars, musicians, and students to participate in the conversations. “Afrofuturism is a critical perspective," explained Nelson, "that opens up inquiry into the many overlaps between technoculture and black diasporic histories.”

A few years after the launch of the afrofuturism listserv, I began to participate. I mostly observed and tried to better understand the main concerns of the conversation and developing community. Over the years, I continued to gather information and maintained interest in the many black diasporic and technoculture overlaps.

When I became director of Black Studies @ SIUE in 2007, I began with a deep interest in making the best of afrofuturism principles central to our program. As a result, graphic design, audio, mixed media, video, and blogging projects have become signature features of our projects and activities. I have received tremendous assistance and guidance from a diverse crew of tech-savvy contributors.

We have sought to make black studies a serious technological and digital possibility.

Related:
28 Ways of Thinking about Black Studies & Afrofuturism
Posted by H. Rambsy at 7:56 AM