Going to the Movies with Black College Students 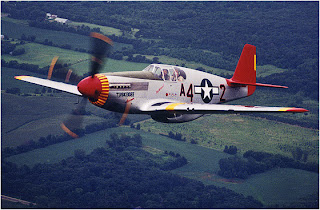 I thought the movie Red Tails was cool when I first saw it. I liked more, however, when I went to see it with 50 or of the students in our program for first-year college students this past Thursday, January 26. The movie didn't change between the first and second time that I viewed it, but going to the movies with a group of 18-year-old college students gave me reason to think about the movie in different ways.

I've read and heard several of the critiques concerning how Red Tails comes up short for some. The movie doesn't address enough of the racism that the soldiers encountered. There's not enough focus on the historical background concerning how the airmen got from Tuskegee to the war. The dialogue is underwhelming and the story is not compelling enough. Those are some of the critiques.

Still, the movie has many pluses. For one, Red Tails brings attention to a group of soldiers too often ignored in the pages of history. The aerial scenes and battle in the movie are quite impressive. The film highlights African American men as highly skilled and heroic figures involved in consequential historically significant activities.

I co-organized the trip to attend Red Tails with one of my colleagues. We realized after talking to the students that few of them attend the movies regularly, in part because of the price and also because attending the theater is not usually a top interest. We went during the matinee when the price was down to $5.

When the students attend the movies, they rarely go see serious or historical movies. For movies with all-black casts, comedies are far more pervasive. The black movies they tend to see are also typically based in the U.S. Red Tails presents action and a level of drama that was less common for my group, not to mention a setting that was far from home

Trying to imagine what seeing a film like this on the big screen would have been for me at age 18 and what it meant for my students was an exciting mental process for me. I'm looking forward to reading some of the responses to the movie from my crew.