Watching an Artist at Work: Notes on Torkwase Dyson 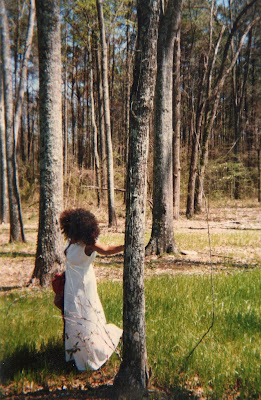 [Torkwase Dyson at Tougaloo College, 1996, self-portrait.]
My first year of undergrad at Tougaloo College in Mississippi provided me with an opportunity to expand and deepen my consciousness. Beyond the college classes, I befriended a small group of guys who pointed me in the direction of all kinds of books to read and fresh ideas to explore. We even started having a series of unofficial classes on Saturday mornings.

In retrospect though, our collective activities and quests to elevate our thinking about the world would have been severely limited if we had not discovered or been discovered by this wonderful sister, Torkwase Dyson.


The group of guys I rolled with were first-year students, and Kwase, as we called her, was a junior. The age and experience differences gave our group a broader perspective, but more importantly, Kwase was an artist, a really talented and serious artist and that may have been vital for how she influenced our ideas and work ethics.

Kwase was always working on an artistic project. If you wanted to have conversations with her, then you had to tag along with her to the art department, or you could sit on the ground with her near one of the big trees where she was drawing or developing an idea in her sketchbook.

Before meeting Kwase, I had never met a student who was willing to go so far beyond the required class assignments and commit so much personal time to working on art. So when I met her, I was immediately impressed, curious, and confused.

"Why are you still here working so late? This is something for class, and you have to do it?" I asked her once as she was working intensely on a piece in the art department.

"Nah, it's not for class," she said, as she stepped back from her work for just a second and then resumed painting. "But I do have to do it."

The longer I hung out with Kwase, the less and less I asked her silly questions like why she was spending so much time painting, sketching, or working on some other artistic piece. I came to understand that a serious commitment to the work was who she is.

The truth was that long before I arrived at Tougaloo and quite possibly even before she began college, Kwase dispensed with being a student taking art classes and became an artist who just happened to be in school. Sure, she was a student and even continued her schooling or training beyond Tougaloo, as she eventually pursued and completed studies in an MFA program at Yale University.

So she was a student, but her identity as an artist--a frequently working on projects artist--was one of her most defining features. (Only in recent years as I've been reading up on the development of expertise have I learned to look back and view all the time that Kwase was spending working on art as an example of someone earning her 10,000 hours.)

Looking back, Kwase's contributions and centrality to our small group and the content of her work were certainly crucial to my intellectual development. But just as important, observing Kwase's work ethic was essential to any progress I was hoping or able to make. Building consciousness, she was constantly demonstrating to us, was about making a serious commitment to the work and the processes of working.
Posted by H. Rambsy at 10:51 AM