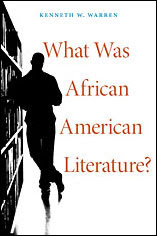 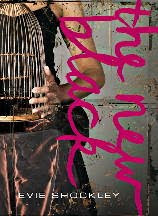 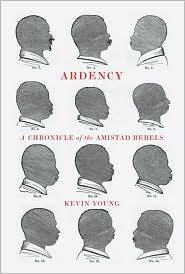 If I can clear off my desk a bit next week, I’ll get a chance to check out some newer books. For one, I’m looking forward to checking out Kenneth Warren’s What Was African American Literature?

There Harvard Univ. Press blog has a podcast of Warren discussing the overall premise of his book. I don’t yet get the sense that Warren is making the typical “post race” or “post black” argument that some folks make. But interestingly, he does point out in the podcast that what was known as African American literature (perhaps “Negro literature” back then) was inclined to change after official efforts were made to dismantle Jim Crow. Anyway, I’ll get a clearer sense of Warren’s ideas once I read his book.

Then, there’s Evie Shockley’s the new black. Got that one on my order list too. I wrote about one of her Douglass poems a while back, and I’m sure I’ll try to write more about her newest Douglass poem, which appears in this book. I'll be interested in the book as a whole actually. I typically encounter Evie at academic-style conferences, so it's cool to know she reps on the poetry writing side as well.

Finally, there’s Kevin Young’s book Ardency: A Chronicle of the Amistad Rebels. I’ve been following Young’s work for a while now, and so I’m looking forward to seeing what he’s up to in this new book.