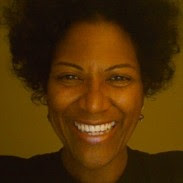 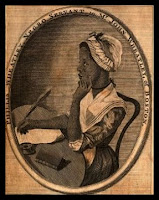 Since I started following Jeffers’s blog Phillis Remastered a while back, I waited and wondered how she might concentrate on Wheatley. Given my ongoing work on persona poems, I’m pleased to see that Jeffers adopts various persona to explore aspects of Wheatley’s life.

In recent decades, African American poets have done entire volumes or extended series of poems highlighting the inner thoughts of historically significant black figures or types. Off the top of my head, I’m thinking about volumes by folks like Rita Dove, Cornelius Eady, Tyehimba Jess, and Frank X. Walker. Now, Jeffers is adding to the mix in creative ways, and providing us with new opportunities to consider Phillis Wheatley.

On Common-place, you can also check read Jeffers’s statement of poetic research "Phillis Wheatley's Word" about how she approached her research and poems on Wheatley. Jeffers had first encountered Wheatley’s poetry during her undergrad years, and she returned to the poet’s writings years later with a greater appreciation for her artistic talents.

In 2009, Jeffers received a 2009 Baron Artist Fellowship from the American Antiquarian Society, which provided her with an opportunity to pursue concentrated research on Wheatley’s life and poetry. Jeffers initially planned for her research to yield a few poems on Wheatley, but what she now has is “a book-length project-in-progress entitled The Age of Phillis, which not only imagines Wheatley's life and times, but also the era of the American Revolution in Massachusetts.”

I’m looking forward to the eventual publication of Jeffers’s project.