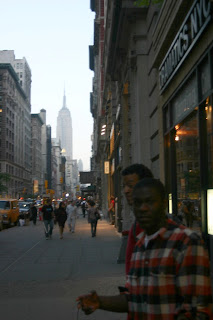 On the last night of our time in New York, I asked each of our travelers about a notable experience they had during our time in the city. Individuals mentioned that some of their memorable moments included:
1. Walking 66 blocks on the first night in New York.

2. Observing the presence of advertisements, thinking about ads as clutter.

3. Recognizing the differences between hip hop in New York vs. hip hop in Chicago.

4. Paying attention to the vast differences in how people treated me.

5. Checking out the street performances and how they created their own audiences.

6. Witnessing the availability of things to draw people’s attention. 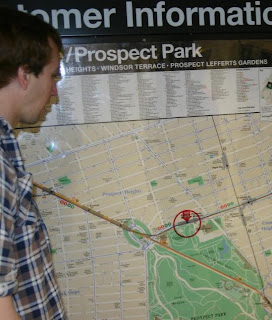 8. Noticing the wide opportunity of theater and acting in the city, but the lack of black faces in theater.

9. Becoming disappointed by the lack of black women at the Brooklyn Museum of Art in its Center for Feminist Art.

10. Taking in the diversity and spirit of community at Union Square Park.

11. Viewing the amount of extreme opinions that were encountered.
Posted by H. Rambsy at 8:28 AM