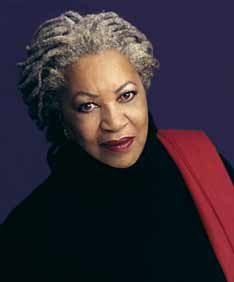 In a recent interview for The Nation, Toni Morrison was asked about her "thoughts on the state of African-American literature today.” She responded, “I'm not terribly up on it, but my impression is that it is thriving. Really thriving. You have everyone from Edwidge Danticat to Colson Whitehead.”


Morrison went on to explain that in her recent work, “the thing was to write a book, a work of fiction, that was as good in its field as, say, black music was in its own. Which is to say, to write to that high critical standard that African-Americans have about everything. In athletics, music, art, whatever they were doing, people have had to face a highly critical African-American audience. I wanted to write a book that would have the same high standards.”
Posted by H. Rambsy at 6:38 AM

This is such an important issue!

I often am dismayed by the standards that our black people present to blacks in the professional sphere...and it is also disappointing that we do not speak against mediocrity as loudly and as often as we should.

On an unrelated note...

I hope you will join the online protest of the racist campaign by Princeton students that targeted black scholar, Dr. Yolanda Pierce: