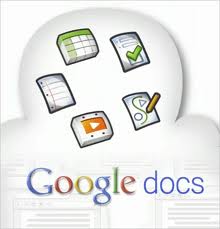 The folks at the NEH Summer Institute on Contemporary African American Literature at Pennsylvania State University showed considerable interest in afrofuturism (AF), raising questions and offering suggestions. In some ways, I couldn't help but think of them as a kind of AF group themselves, especially with the annotated bibliography that they have created and are constantly expanding using Google Docs.

In brief, AF refers to approaches for thinking about the intersections of race/culture and technology, or race and speculative narratives. For years, folks interested in afrofuturism have concentrated on breakthroughs and innovations in music and science fiction, on the past-future visions associated with distinct historical moments, or on black people's engagements with machines and electronics. But what about the ways that scholars of African American literature and culture utilize new media and technologies?

The NEH participants are collectively working on an annotated bibliography based on the guest lecturer suggestions and in-group recommendations that come up in their daily discussions. They provide a sentence or two on who suggested the work and how it relates to their overall interests in African American literature. In the process, they have produced an extensive document that identifies dozens of primary and secondary works--novels, volumes of poetry, scholarly books, essays, movies, etc.

Individual scholars regularly produce bibliographies and "works cited" for their own projects, but we rarely see a group collaborating in such a deliberate way on the production of an annotated African American bibliography while using new technologies. Of course, before programs like Google Docs, it may have been more difficult for the kind of collaborative process taking place among the NEH participants to even occur. Still, I imagine there were possibilities.

The last time I recall witnessing such an involved collaborative bibliography process was years and years ago when I was participating in Alondra Nelson's afrofuturism list-serve. Folks on the list would often suggest works and artists to be added to the group's overall list of recommended works and AF "hall of fame," respectively. Despite the considerable amount of reading, researching, and writing that place in the field of African American literature and culture, I'm surprised (and perhaps disappointed) that I've seen relatively few examples of dynamic collaborative and sharing efforts in the field.

Maybe, the field hasn't caught up to the technology yet. Or perhaps, we'll see more collectively-authored annotated bibliographies concerning African American artistic culture and related projects once those participants in the NEH institute taking place at Penn State begin spreading the gospel on what they've learned and produced.

Related: A Notebook on Afrofuturism
Posted by H. Rambsy at 11:32 AM