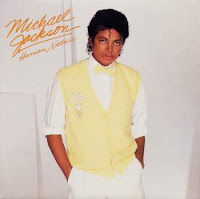 I've been giving thought lately to how musicians' covers of particular popular tunes constitute modes of "signifying," which can be defined as artful and playful takes on well-known narratives and interactions with audiences and the artist-composers of the original pieces. For years, I've listened to Coltrane's different versions of "My Favorite Things" and Miles Davis's take on Monk's "'Round Midnight." Trane and Miles weren't just playing songs; they were also signifying on originals.

Recently, I've spent time listening to Vijay Iyer's takes on Michael Jackson's "Human Nature." Iyer covers the song on his album Solo (2010) and with his trio on his album Accelerando (2012). Both versions showcase Iyer playing and playing with the tune in ways that recalls Jackson singing, but the covers also move us somewhere else.

In the Solo version, Iyer takes nearly a minute building up to making the piece recognizable as "Human Nature." Even then, he slightly teases, suggesting the full song and then trailing off, prompting listeners familiar with Jackson's tune to fill in those empty spaces where the lyrics or melody would be. Iyer eventually brings the more commonly known sound of the song together on the piano. In the middle of the song, he takes us through this breakdown or bridge that invokes the blues or perhaps a strand of instrumental R&B that I had not previously associated with Jackson's piece. Iyer emerges on the other side of that bridge (or flight) to take up the familiar melody again.

The Accelerando version of "Human Nature" offers another moving take on Jackson's work, this time with Iyer accompanied by bassist Stephan Crump and drummer Marcus Gilmore. The trio is communicating with us--their listeners--as they channel this popular artist and tune, and they are also communicating, instrumentally, with each other. The bridge in the middle of this version is even more out there than the Solo rendition. There's yet another recording of Iyer, Crump , and Gilmore performing "Human Nature," which KPLU radio posted on youtube, that has an exciting, experimental bridge as well.

In the world of wordplay, signifying is often mentioned as a technique skilled speakers use to mock or slyly critique someone. However, Iyer's covers of "Human Nature," as well as those covers by Coltrane and Miles, remind us that signifying also serves the purposes of homage and reverence. When Iyer covers Michael Jackson, he's paying tribute to the musical icon and the long tradition of signifying.