Briana Whiteside's Journey: From Illinois to Mississippi back to Illinois 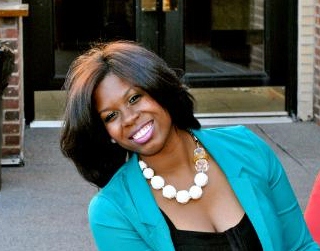 Briana Whiteside, one of our program's lead contributors, has made a fascinating journey to SIUE. A native of Chicago’s South Side, Roseland area, she headed south to attend Tougaloo College, a small historic black college in Mississippi, where she earned a degree in English in May of 2012. This fall, she returned to Illinois and entered SIUE as a first-year graduate student in the English, Language and Literature department.

Briana described the challenges of her migration to and from Mississippi back to Illinois after four years as follows:


Leaving Chicago and attending Tougaloo College in Jackson, Mississippi, was difficult because of the regional and cultural barriers that I faced. Transitioning from a fast-paced, large city to more of a rural slow paced setting was difficult primarily because I was uncomfortable with settling down and not having everything accessible to me.

Once I had gotten accustomed to the “southern hospitality” it was time for another transition which has brought me to SIUE. This journey was definitely a culture shock because I have gone from being in the majority to the minority and the reality of that is troubling which forces me outside of comfort. However I appreciate this experience because it is conditioning me to compete in a multi-cultural global society.

Professor Candice Love Jackson, who was an Assistant Professor of African American Literature here at SIUE for two years before taking an administrative position at Tougaloo College, was instrumental in the development of a graduate student recruitment plan, which led to Briana’s journey to SIUE.

*****
Danielle Hall is a program coordinator and contributing writer for Black Studies @ SIUE.
Posted by H. Rambsy at 2:51 PM