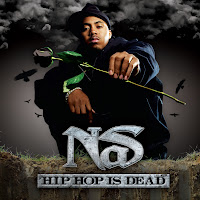 Recently, I was listening to Nas’s eighth studio album, Hip Hop Is Dead (2006), and one of my favorite songs on it is “Where Are They Now?” Certainly, Nas’s litany of namedropping over a James Brown sample speaks to the essential role that memory has in the oral tradition and written accounts of African American history and culture. However, it also highlights the interplay between private, collective, and generational memory. As a kind of verbal libation, Nas memorializes those rap “legends” that have since passed on or have disappeared into obscurity, far from the public’s memory.

Take for example, the following lines from his first verse: “Rap is like a ghost town, real mystic / Like these folks never existed / They the reason rap became addictive / Play their CD or wax and get lifted.” Here, his tone is reminiscent of Zora Neale Hurston, who in 1945 proposed to W.E.B. Du Bois an “illustrious cemetery for the Negro dead” in which “no Negro celebrity, no matter what financial condition they might be in at death, lie in inconspicuous forgetfulness.” Of course, it’s not just the death of Hip Hop that Nas is concerned about, but how to resurrect it and preserve it, urging the study of those who helped create and contributed to the genre. Thus, his rhetoric of naming is central to not only what he remembers, but how he remembers which after all, has shaped his interpretation. 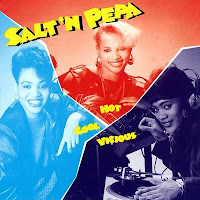 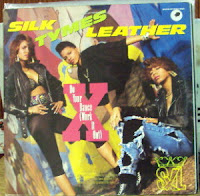 In the second verse he begins “See I remember them forever / the original Spinderella,” followed by a list of notables like Pharcyde, Kriss Kross, Young MC, Tone Loc and Craig Mack, but what is interesting about this verse is his remembrance of female rap legends and groups such as Silk Tymes Leather, J.J. Fad, [Roxanne] Shante, Miss Melody, and female gangsta rapper, BO$$. Even with the acknowledgment of these women, I can’t help but wonder what is it that is so scary about the presence of empowered black female emcees. 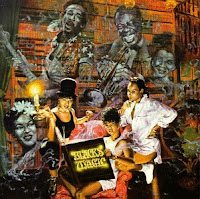 Perhaps it is yet too soon or too dangerous to envision a new generation of black female emcees that will like Salt-N-Pepa on “A Negro Wit’ An Ego” profess that “I'm black and I'm proud to be a African-American soul sister / Usin' my mind as a weapon, a lethal injection / And oh yes, I'm the best in whatever I do / I do better, I'm clever.” Either way, I’m convinced that if Hip Hop is indeed like a ghost town, it’s more than likely haunted by the silenced voices and invisibility of Hip Hop’s female emcees past. In the words of Queen Latifah and Monie Love, “Ladies First!”


Related: Who's Afraid of Black Women?

*****
Danielle Hall is a program coordinator and contributing writer for Black Studies @ SIUE.
Posted by H. Rambsy at 8:04 PM