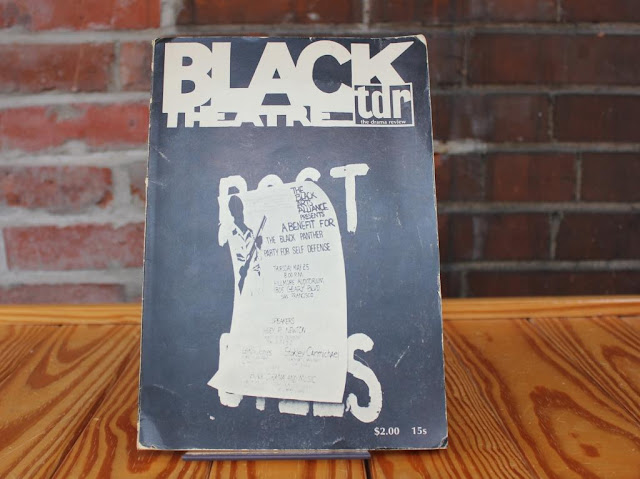 If one special issue of a magazine had an outsized effect on the development of the Black Arts Movement, it was The Drama Review (Summer 1968) on black theatre. The issue was guest edited by Ed Bullins and included contributions by Amiri Baraka (then LeRoi Jones), Ron Milner, Sonia Sanchez, Woodie King, Jr., and Marvin X. Most notably, the issue included Larry Neal's essay "The Black Arts Movement," which gave the movement its name.

The cover of the special issue includes a flyer showcasing a Black Arts Alliance benefit for the Black Panther Party for Self Defense. The issue includes an opening note by Bullins entitled "The King is Dead" dated "4/5/68" with reflections on attending a play with Baraka and others on the day Martin Luther King, Jr. was assassinated. The publication's usual editor Richard Schechner also includes a short statement about the special issue and the unusual decision that he and his staff made to not provide any guidelines whatsoever on what Bullins could and could not include.