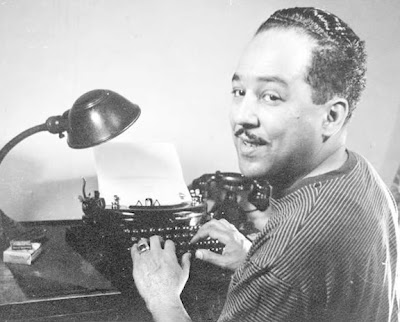 In his book Outliers, Malcolm Gladwell writes about "accumulative advantage," the concept that early rewards or special opportunities accrue and thus provide recipients with an edge over their peers and competitors in a given field. The 5-year-olds born in January and February who enroll in the youth baseball league tend to have more strength and skills than the 5-year-olds born in November and December. As a result, when the children are all on the same team, the "older" children are praised, rewarded, and selected for special assignments, which gives them the confidence and assistance necessary to develop even more.

It's possible to identify accumulative advantage in the worlds of poetry, where early attention and praise can compound to give poets edges over their peers. Think about Langston Hughes, who at age 18 had his poem "The Negro Speaks of Rivers" published in The Crisis magazine in 1921. Five years later, his first book The Weary Blues (1926) was published by Knopf. Aside from the goodness of his poems, Hughes became one of our most well known and widely valued poets because of the nature of his accumulative or accumulated advantages.

Even before The Crisis publication breakthrough, Hughes had a special literary opportunity. When he was in grammar school, he was selected as the "class poet." It's worth noting that he was one of two black children in his all white school, and the class poet distinction went to Hughes because the seemingly more important assignments went to white children, and the assumption was that someone with "rhythm" needed to hold the poet position. If the white students had decided that the only black girl in the class had more rhythm than the only black boy, then it's possible that Langston Hughes would not have become "the" Langston Hughes.

Hughes's birth in 1902 gives him an edge over all the other notable black poets born during the 20tn century. Hughes had more time to become known than Robert Hayden (b. 1913), Margaret Walker (b. 1913), Gwendolyn Brooks (b. 1917), and others. More importantly, he was at a prime age for exploration and writing as the Harlem Renaissance took shape and reached its height during the 1920s. The fact that Zora Neale Hurston (b. 1891) was inclined to lie about her age on occasion suggests the professional pressure to be young enough at particular times.

One of the more longstanding advantages that Hughes had over others was his early publishing deal with Knopf, which to this day continues to publish the poet's works. A poet receiving continuous support from a publisher for more than 20 years is rare. So the more than 85 years of support that Knopf has provided Hughes and his works might be one of the most singular circumstances in the history of African American poetry, publishing, and print culture.