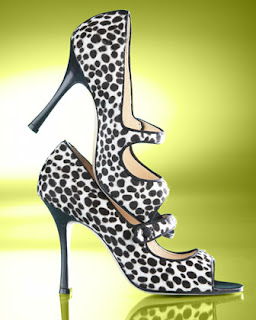 Earleen Patterson and I sat on the front row at the summer commencement. We wanted a good seat to watch our lead former graduate assistant receiving her diploma. As we watched students file by, we noticed that the young black women graduates were wearing really far out high heels. I’m saying really far out.

Now, you know there are a relatively small number of black women at SIUE. So if there were 300 hundred overall graduates that day, maybe about 20 or so of those graduates were black women. Of that 20, I’d say about 16 of them were rocking fresh, bold, provocative shoes.

When the fourth or so sister walked by in her stylish shoes, Patterson and I thought we were witnessing something special. By the time the last sister walked by and across the stage, we realized that those black women wearing stylish shoes were special, but for them, it was also normal…a public, underground trend.

For a university that does not highlight black women in any major way, I was especially moved by those fashionable young sisters on graduation. Here they were, at their commencement, and they were really…I mean, really going out in style.

You have to remember that their robes covered everything else, so their shoes were the one place they could really accent and diversify their looks. And make a statement. There were no discernible extra-stylish shoe efforts by any other single demographic of graduates. Just the young sisters.

What motivated them to show up in such eye-catching footwear? Who were they styling out for; that is, who was their primary audience? How had they been negotiating their style and fashion interests at SIUE? What were the routes of their public, underground stylistic displays? Were they participating in other cutting-edge, below-the-radar fashion shows? To what degree were they confirming Ralph Ellison’s notion that style could overshadow political ideologies?

I had started posing these and other questions before the graduation, but what I witnessed that day confirmed my interest in really developing questions about style into a project. At the end of October, we’ll host an exhibit “style, politics, and black women at SIUE.”

A group of sisters here will highlight a variety of issues related to shoes, fashion design, finger nails, and of course hair. Stay tuned.

Related posts:
Black Women and Style
Brief Lesson about the Politics of Fashion
Posted by H. Rambsy at 4:32 PM