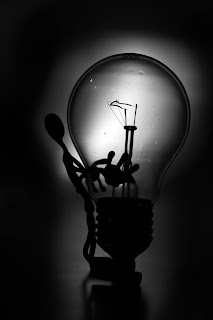 “Is there a particular power of the visual to make possible or imaginable that which is not the present reality?” —Elizabeth Alexander

An appreciation for “a particular power of the visual” has been integral to the work that we’ve been doing. We’ve taken note of ways that people are increasingly drawn to texts that contain a combination of words and images. And so we’ve designed and implemented our projects with the understanding that visuals can amplify, sharpen, and enhance our messages.

And then too, visual images can also be the message.

Our concentration on visual matters is hardly new in the context of black studies. Iconic images of Malcolm X, Angela Davis, the Black Panthers, and symbols relating to Africa have always been prevalent. So following some of the established models has been important. But we have also tried to move in new directions.

The presentation of images that provoke thought, and challenge observers to read deeper has been especially important. We have found ourselves being guided by big ideas in narratives that have a tendency to get lost in our quick-read lifestyles. A just-right image that inspires a second look into what might otherwise be overlooked is our goal.

By prioritizing images that highlight these larger themes, we hope to facilitate thorough or enduring interactions with ideas, narratives, and texts. And who knows? Images could serve as useful portals for accessing subconscious thoughts.

Along these lines, a recent article, “Racial views steer some white Dems away from Obama,” noted a ground breaking polling technique that incorporated “images of black and white faces to measure implicit racial attitudes, or prejudices that are so deeply rooted that people may not realize they have them.”

What other implicit racial attitudes, we wonder, could images be used to uncover? We’ll see what we can come up with through some of the projects and presentations we’re making with black studies. In the meantime, if you have suggestions, let us know.
Posted by SIUE Black Studies at 7:36 AM

You ask: "What other implicit racial attitudes, we wonder, could images be used to uncover?"

I'm also wondering what implicit racial attitudes images can be used to promote?

After all, as the intro quote in this post alludes to, art/images don't just reflect life, they affect life.

Coupled with text/narrative, how do images of ideas about race, relationships, and/or power structures change the way we understand our world?

oh yeah, good point. the issue of what the images can promote is key. I look back on those old-school images of Malcolm, Martin, and Angela Davis that black studies programs used, and I get the sense that they were advancing ideas about pride, justice, etc.